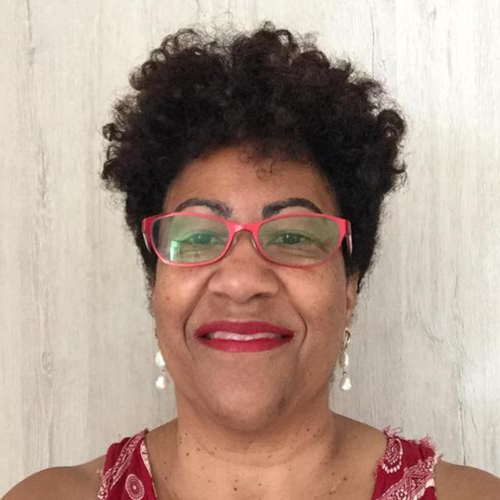 Pamela Washington started her cleaning business in Las Vegas NV in 1993, and after almost 20 years of award winning success, and millions of dollars in commercial and residential revenues - she opened her coaching business in 2011. In 2018, Pam moved out of the U.S. to become an international nomad, running her cleaning service (and coaching) business from her laptop as she travels the world.

Talks covered by this speaker

Have you got yours yet?

Our All-Access Passes are a must if you want to get the most out of this event.

Born and raised in Southern California, Pam Washington earned her BA from Saint Mary’s College in Moraga, CA. After graduation, Pam moved to Austin, TX where she worked in banking operations, sales & marketing until returning to Pasadena in 1984. She continued in the financial services industry, working in Beverly Hills as an Account Executive for Dean Witter Reynolds (now Morgan Stanley).

In 1989, Washington founded her first business (a catering & event planning business) in Los Angeles, CA. After moving to Las Vegas in 1993, Washington created A-1 Janitorial Services and managed every aspect of the business as a solopreneuer. She grew the company and took on additional staff and also formed Fast Friendly Spotless Maid Services which was sold in 2017.

A-1 Janitorial has serviced some of the largest, recognizable, and most respected names in both the public and private sector, including some of Las Vegas’s biggest names: Bellagio, MGM Grand, Ceasars’s Entertainment, Clark County Library District, Las Vegas Metropolitan Police Department, Las Vegas Housing Authority, State of Nevada, and Nellis Air Force Base. Its client list represents companies in retail, banking, technology, and hospitality sectors, as well as many Fortune 100 firms.

Despite being located in one of the hardest hit metro areas in the country during the 'Great Recession of 2008' and in a still struggling economy, A-1 Janitorial continues to thrive, and Washington is now managing the company via her laptop as she pursues her passion for travel, personal growth, and serving others.

Want to sponsor? Contact us to find out more.